In the summer the forests and waters are alive with birds.  Just sit quietly and you will hear them calling to each other no matter where you are.

Over 300 bird species can be found nesting, migrating, or wintering in the Adirondack Park’s many habitats. These habitats include grasslands & shrublands in the valleys, lowland boreal bogs, marshes, and high elevation spruce-fir forests. More than 3,000 lakes and ponds, and 30,000 miles of rivers, brooks, and streams can be found in the Adirondacks. 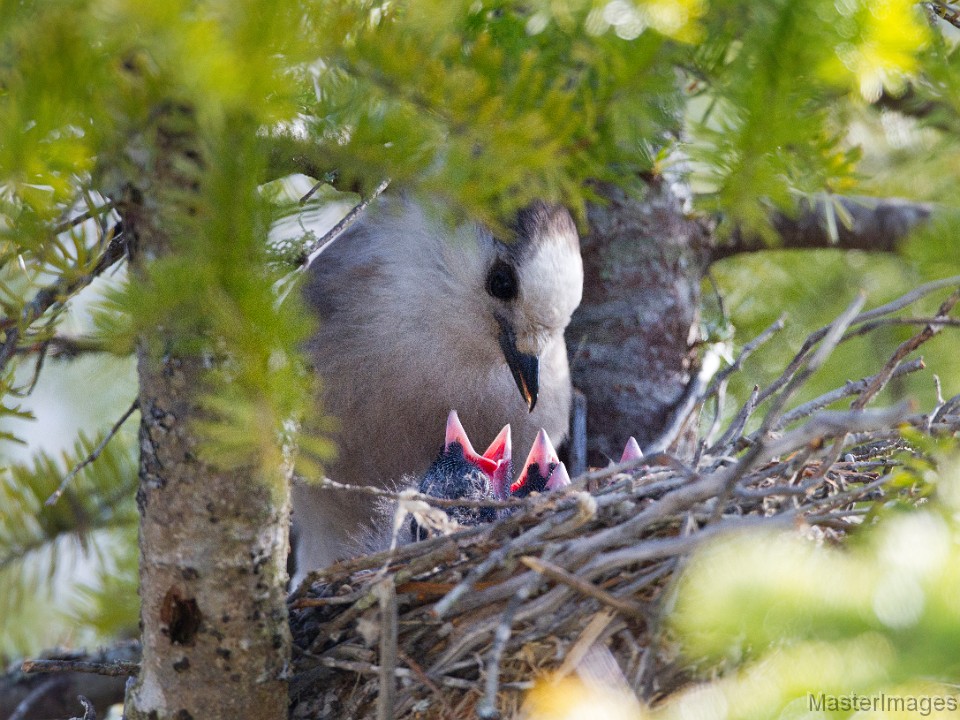 The arrival of waterfowl is often the first sign of spring. As the ice melts and moves down the lake, seagulls and a variety of ducks arrive. It is fun to watch the ducks who stay to raise their families over the summer. The ducks and geese frequently visit the town beach and other parts of the lake. They are sometimes seen on Park Pond.

In early spring, Bald Eagles have been seen, during ice‑out, near the Long Lake bridge. These huge birds with their white heads and tails cause a lot of excitement because everyone hopes to get a glimpse of these magnificent birds. During the summer sightings are less frequent but not impossible as they ride the thermals watching for prey.  These birds, have a wing span of 6 to 8 feet, black with white head and white tail and have a large, yellow beak.

Osprey resemble the bald eagle but are much smaller and are white underneath. They nest on the southwest end of the lake near Devil’s Dip as well as in other areas and are fun to watch. An easy way to recognize this bird is that it plunges feet first to fish. It usually has much better luck than the average fisherman. In Raquette Lake, Osprey nest on Hen and Chicken Islands, South Inlet and the Marion River.

The great blue heron are commonly seen in shallow, swampy areas along the lake as well as in wetlands that border Rte. 28N, north of the Long Lake Town Hall. The heron is a large bird and when in flight it folds its graceful neck backwards. Another common wader is the American Bittern. It is harder to spot than the heron as it rarely ventures outside the marsh.

The Raquette Lake logo is the majestic Common Loon. Loons are found on all the lakes in this area. Loons are about 2′ to 3′ long. They are black or gray above with white underbellies and have spots, streaks or bars of white on their upper areas. Loons have narrow tapering bills, rather small, pointed wings and legs placed so far back on their heavy bodies that it is nearly impossi­ble for them to walk and will generally propel themselves along on their breasts. They are excellent swimmers and divers and have been caught in nets as deep as 200 feet. Their unforgettable voices are very loud and human‑sounding. The cry of the loon is a welcome sound after a long winter.

Comparison surveys done in 1977‑1979 and 1984‑1985 by the Bureau of Wildlife indicated that the loon population in NY has been stable or has possibly increased over that time period. This may be because of the efforts of people who love and admire these magnificent birds to protect their habitat.

Long Lake and the surrounding ponds are nesting sites for a variety of ducks.  The most common in the area is the Mallard with the male having a green head and white neck ring but you will also see Common Mergansers, the colorful Woodduck, Black Ducks.  Less common but possibilities are the Common Goldeneye, Bufflehead, and Blue-Winged Teal.

Geese also use Long Lake & Raquette Lake both as migratory stops and as summer nesting areas.  The most common and the only one that nests in the area is the Canada Goose.  The Canada Goose that you will most often see flying north in the spring and south in the fall in the familiar “V”.  There have been sightings of the migrating Snow Goose but these are rare and those who have the experience should feel extremely privileged.

In the summer the forests and waters are alive with birds. Just sit quietly and you will hear

them calling to each other no matter where you are. Some that you might see in this area are listed below. Check a bird guidebook for more information. 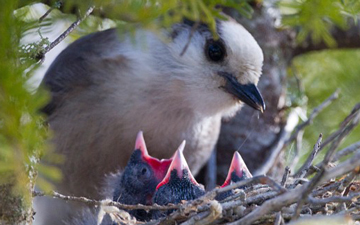