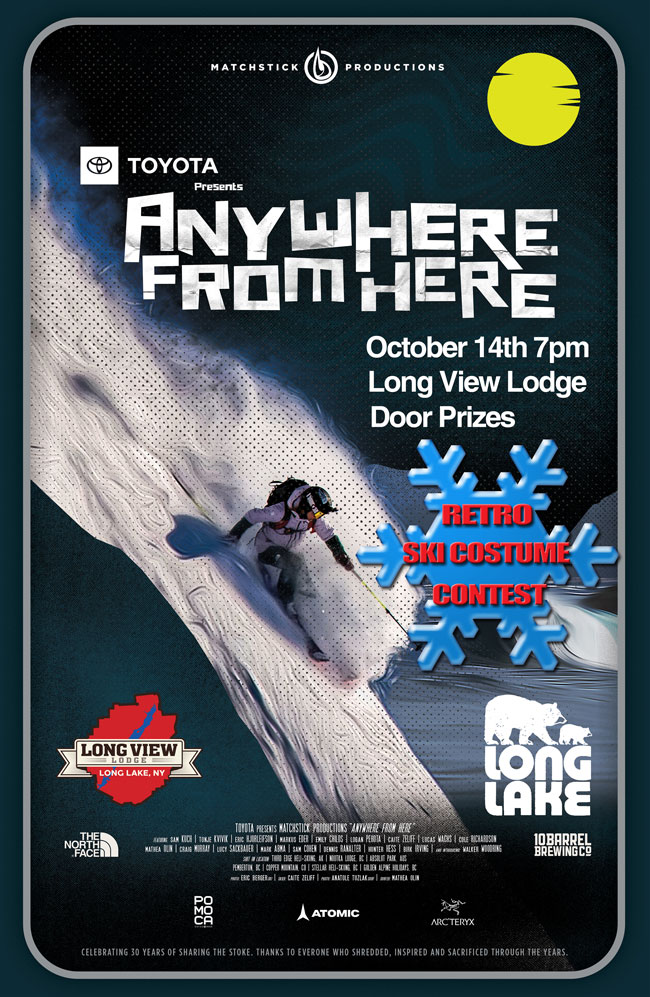 On Friday, October 14, 2022 at 7pm the Town of Long Lake Parks and Recreation Department invites everyone to a special screening of “Anywhere from Here,” a new ski film from Matchstick Productions. The screening will be at the Long View Lodge located at 681 Deerland Road, Long Lake, NY and it is free to attend. There will be door prizes donated by Another Paradise Cove, Cunningham’s Ski Barn, Old Growth Ski Company, and Ski the East, as well as a retro ski costume contest with a grand prize winner.

“Anywhere From Here” is an exploration of the limitless opportunities that skiing holds, as seen through the eyes of 12-year-old freestyle phenom, Walker Woodring. From steep spines in Alaska to massive booters in Austria’s largest snow park, the film promises a deeper dive into the path that those who’ve dedicated their lives to the sport have taken. What does it take to live and breathe skiing? It looks a little different for every athlete, but exploring new ranges, standing on high peaks, laying fresh tracks down thousands of feet of untouched snow are a common thread that keep us all coming back for more.

Matchstick Productions 2022 ski film explores this world of opportunities through the eyes of a 12 year-old freestyle phenomenon. Through his voice, the audience hears the skiing aspirations of such a 12 year-old, a kid who just wants to play and doesn’t have to ponder “real life” quite yet.

So, what do we want to be when we grow up? The jury’s still out on that one but we can promise you we’ll be lining up to see the new film when it debuts in October. Maybe we never have to grow up. 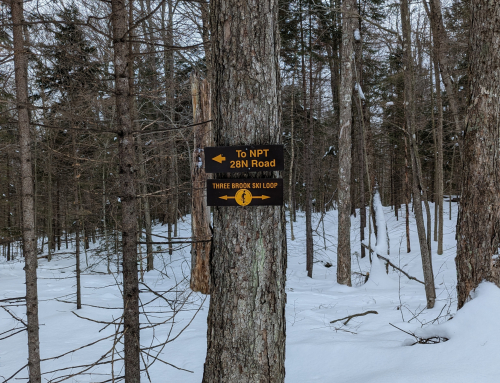 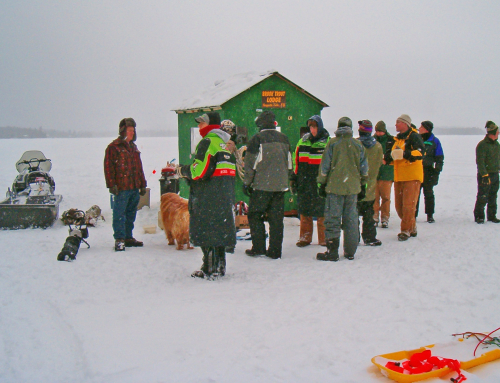 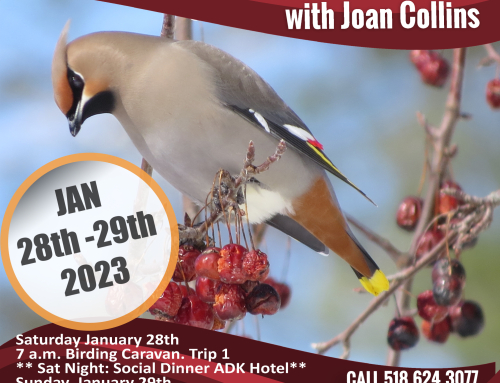